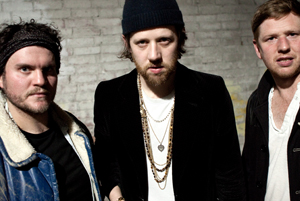 Joyland began in the summer of 2011, as a way to realise their collective ideas and writings. Originally from the small village of Tyrella, Co. Down in Northern Ireland, they relocated to London to develop JoyLand. Soon they were joined by close friend and drummer Carvin Loen. Over the weeks of writing and recording, JoyLand fine-tuned their sound and became the band they are today. With a sound described by many as expansive, dark, epic and widescreen, JoyLand are fast gaining a reputation as a genuine hope for guitar-based music. Welcome to JoyLand.
JOYLAND GIGS AT CLUB FANDANGO
JOYLAND
MY GREY HORSE
TESSERA SKIES
@ The Bull & Gate