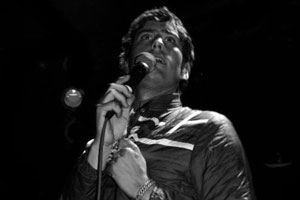 ** Label Fandango fell in love with the quartet when they opened for Duels and The Harrisons at a BBC 6 Music / Club Fandango show in January of this year. The gig was the end result of eighteen months of endeavour as DIRTY LITTLE FACES took their influences - The Who, The Jam, The Kinks, Stevie Wonder, The Beatles, Oasis and The Strokes - and made some noise. Then they ditched that noise and made some more noise, because as they say "If you can admit to yourself that something's shit and it's not working before someone else tells you, then you're heading in the right direction."

** The end result is a terrific timeless stew of mod passion, new wave riffs and modern indie-rucking insensibilities. The live show is tight and a hoot, the songs are taut and to the point and you will not hear a more thrillingly nailed debut single all year than 'Finding It Hard'. Riff of the month? You betcha.