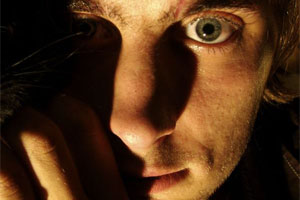 Raise your shattered glasses for the return of this Medway roustabout with stories to tell and stolen hearts to sell, for tonight Lupen Crook is headlining Range Life, the brand new night brought to you by Club Fandango and Kilimanjaro on the first Wednesday of each and every month. AprilÄôs Molotovs gig was a sell out success and MayÄôs Range Life 2 delivers Lupen CrookÄôs first London show of 2010, where we find him thirsting, nay bursting, to spill the beans on forthcoming (third) album, which is funny and frenzied and, doing exactly as it says on the myspace tin, evokes the spirit of Äòfight folkÄô. www.myspace.com/lupencrook

THE WINCHELL RIOTS (onstage 9.45pm) are four bearded types from Oxfordland who play swooningly widescreen tunes which, in the case of ÄòKandahar RoadÄô, start all glitchy and innocent before gradually building to a hair-raisingly intense denouement. As you do. A new Winchell Riots EP is heading our way any week now. www.myspace.com/thewinchellriots

ROB THE RICH (onstage 9.00pm) are five cheery young souls from Brighton who have names like Bambi and Bear and who write songs called ÄòTigerÄô. As if this wasnÄôt already enough to love them for Rob The Rich then deliver a sunny live set where instruments are swapped around and melodies zip hither and zither like crazed post-Foals puppies. Expect a debut single called ÄòBetterÄô to see the light of day on Label Fandango on June 5th. www.myspace.com/robtherichtheband

DOG IS DEAD (onstage 8.15pm) are five more cheery young souls, this time from Nottingham, who have tunes with titles like ÄòThe ZooÄô and ÄòThe Glockenspiel SongÄô and who peddle a ramshackle noodlebox of psych-pop delights which has drawn favourable comparisons with esteemed peeps such as The Mystery Jets and Rumblestrips. www.myspace.com/dogisdeadband www.clubfandango.co.uk