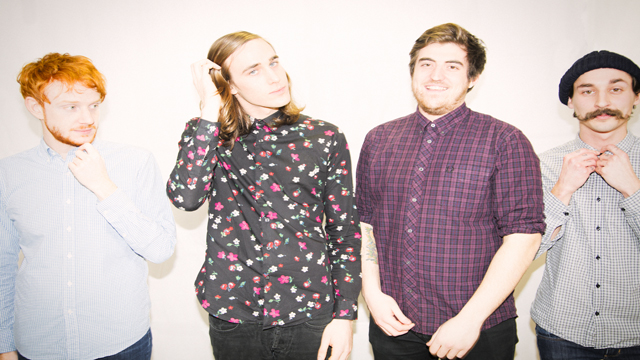 The Release: I WANT TO BE THE WHITE THAT SLEEPS INSIDE YOUR BONES EP

WILD CAT STRIKE (âwaÉªld âkÃ¦t âstraÉªk) n. 1 The feeling of folk-like intention with aggressive execution 2 The experience of immersion in sound 3 The manic shift between harmonious beauty and cacophony: Wild Cat Strike is releasing a new EP on 11th September 2015 [

I Want to Be The White That Sleeps Inside Your Bones takes a different direction from their previous release, âAttentive Blood.â âIWTBTWTSIYBâ consisting of 3 epic pieces totalling 25 minutes. The songs build with grand introduction, before the weathered vocals of lead singer Danny Byrom, progress from whispered lament to howled declaration of his intimately consuming lyrics. The band draw comparisons to the likes of Mogwai, Explosions In The Sky and Youthmovie Soundtrack Strategy. Live they are as enthralling and as exciting as you'd expect them to be as their math rock sounds soar into grand soundscapes that capture their audience every time.

Come capture their sound and one of their up and coming shows: