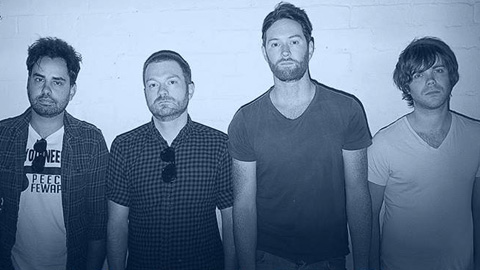 The second Tuesday of December is surprisingly almost upon us, which can only mean one thing - fierce panda replica watches records and Disorder promotions are ready to rejoin forces, and perhaps fur-ces, to entertain the music loving public with yet another bill of thrilling indie pop joys, like this. replica breitling

The Tickets: £5.00 advance from WE GOT TICKETS

THE TRAPS (onstage 10.00pm) hailing from Birmingham are brothers Jamie Berry (Vocals/Guitar) and Nick Berry (Bass/Vocals), James Minhas (Guitar) and Daniel Webb (Drums). Their two singles - 'The Honey Drip' and 'Calypso' have garnered attention from the likes of Q Magazine and Glasswerk and received much sought-after plays from John Kennedy (XFM), Chris Hawkins (BBC Radio 6 Music) and Janice Long (BBC Radio 2). Their rapidly expanding fan-base meant that the ÄòCalypsoÄô launch parties in Birmingham and London both sold out. Debut LP 'Calypso' was released on 30th Sept, laden with brass, throbbing synths, driving rhythms, heavy guitar hooks as well as lush and melodic harmonies, the record is very much the sound of a group gunning for the big stages. New material is being recorded ready for release on Fierce Panda Records in 2014. replica cartier
'Ebullient and bittersweet... a sharper, more sophisticated take on Mystery Jets.' (Q Magazine)
ÄòWell, that sounds rather good!Äô (John Kennedy, XFM)
www.facebook.com/thetraps

H A B I T A T S (onstage 9.15pm) are from Basingstoke, they write jaunty indie pop songs to make girls and boys alike dance. Their grooves slide in between rousing vocal melodies blending a wide range of genres which projects their own unique style and sound. Expect a label fandango single in the new year, until then give them a listen and a dance here...
click here for bbc