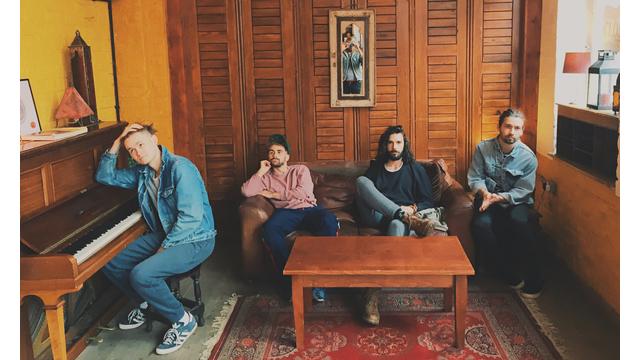 A jittery Label Fandango one sheet

The Link: Buy from iTunes Here

The Truth: HABITATS are a four piece band replica bally handbagsbased loosely in the heart and soul of London and the Hampshire area. âDiamond Daysâ is their debut single release, and an exotic, hectically sweet-natured debut single it is, too, for these are youngsters who happily align themselves with the modern prada replica handbags facebooking fashion for indie / alternative / tropical / grooves. But thereâs more to the HABITATSâ musical environment than meets the generic eye.

Throw in half of the bandâs penchant for thunderously gnarly beards replica celine designer handbags and HABITATS display a part-Hobbit, part-habit-forming array of sunshine melodies and gently shabby mayhem, as you may expect from a band which thrives on various experimentalisms and arranging traditional vocal harmonies over danceable and catchy beats. Oh, and whose lyrics are âgathered from daydreamsâ.

Since the release of their first bedroom demo in March 2013 they have secured a deal with Rough Trade publishing, as well as gaining interest from international management teams and various hi-falutinâ labels. Better still HABITATS started 2014 with a slot at fierce panda's cruelly beautiful New Year Pandamonium '14 event at the Old Blue Last alongside the likes of Department M and The Death Of Pop. Throw in recent support slots for JAWS, Animal Kingdom and Superfood at a variety of toppermost venues down south and you sense that HABITATS are a band who are itching to break out of their, well, habitat.

HABITATS will be bringing those influences and inspirations (in no particular order, but hopefully not the full-on naturism bit) to this single launch party here:

'Diamond Days' hereby becomes the very first release of the Label Fandango '13X13' (pronounced 'thirteen by thirteenâ) singles club which will run until April 2015. Next month sees the climax of the current '12X12' (âtwelve by twelveâ) singles club, whereby 12 bands including Felt Tip, Longfellow, Desperate Journalist, DeLooze, Feldspar, I Am In Love and another six combos combined to contribute tunes to Club Fandango's 12th anniversary vibe. Much like HABITATSâ happifying muse, itâs a winning formulaâ¦
www.facebook.com/habitatsmusic1