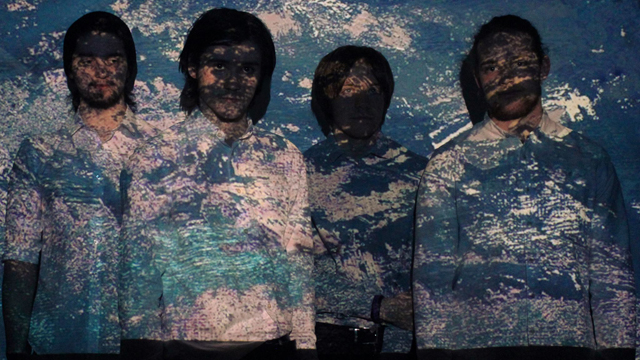 The Truth: ETCHES are a five-piece outfit who found each other through the music scene in Liverpool. They share a love of beats, bass, electronics, ear-catching melodies and intricate arrangements. âDo Nothingâ / âThe Great Voidâ is being rush-released digitally and on beermat (with download code) as part of fierce pandaâs rejuvenated one-off singles âclubâ. The rush release occurred on September 24th to tie in with ETCHESâ headline show at Stoke Newington Waiting Room that very night, while they play a hometown launch at East Village Arts a week later on October 1st.

Better still, following a string of singles championed by Radio One, Xfm, NME and Q magazine, and hot on the heels of this here fierce panda release, ETCHES are self-releasing their first substantial body of work, the âWall Of Sleepâ EP on November 6th. The five tracks â including both âDo Nothingâ and âThe Great Voidâ - were recorded on an idyllic Devonshire farm with producer James Bragg (Gengahr) and will be accompanied by this launch show here:

In the isolated West Country farmhouse a potent blend of whiskey and coffee, combined with lack of internet connection, led to an immersive recording process which has resulted in an imaginative and intriguing EP. Indeed, ETCHES have developed the dark, electro aesthetic of their previous releases into a more mature and authoritative sound, using the EP format to further explore their fascination with themes of illusion, alienation and the modern human condition. And seeing as how one of their previous singles was the hypnotically abstract âIce Cream Dream Machineâ, thatâs a lot of further exploration taking place.

Fâr example âDo Nothingâ is a slow-burning track which comes drenched in reverb and psychedelic, discordant guitars which builds to a grandiose chaos of calculated noise with a haunting vocal refrain of âThereâs a bump in the road and itâs coming for meâ. In stark contrast, the flipside âThe Great Voidâ is a simple, stripped-back piece formed almost entirely of first takes. Built around a lo-fi, finger-picked chord pattern, it is comfortable in its vulnerability and displays ETCHESâ increasing confidence in their collaborative song-writing. It also sounds a little bit like The Incredible String Band, which makes us very happy indeed.