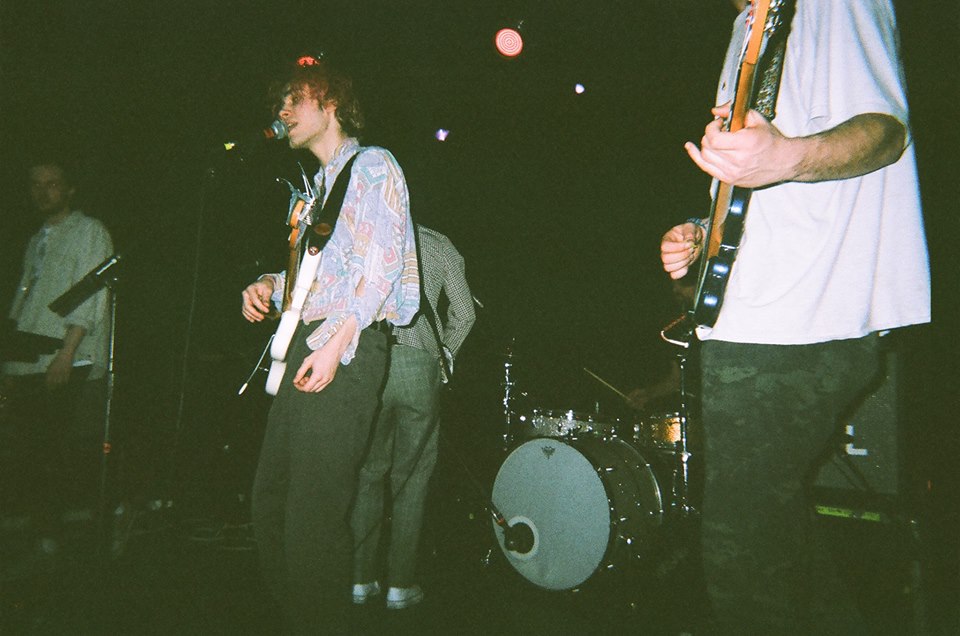 ** WHISTLEJACKET DOUBLE UP FOR INDEPENDENT VENUE WEEK! **
** ALT.ROCKERS LAUNCH BOTH THEIR OWN EP AND A BRAND NEW FIERCE PANDA SINGLES â15 COMPILATION AT THE SEBRIGHT ON JANUARY 26TH! **

Rejoice, new band lovers - Independent Venue Week returns between Monday January 25th and Sunday January 31st 2016 and features all manner of eclectic live fun in â yes â independent music venues scattered across the country. Speaking for fierce panda and Club Fandango, who between them have over the past 20 years promoted shows at the Camden Falcon, Oxford Street Metro, Islington Powerhaus, Finsbury Park Robey, Kentish Town Bull & Gate, Highbury Buffalo Bar and several other classic venues which are now blocks of flats, giant tube stations, building societies, gymnasiums and ghastly gastro burger joints, we thought this was such an excellent idea we would get ourselves involved.
Ergo, fresh from our four night Pandamonium '16 run earlier this month at the Sebright Arms we make a speedy return to the alleyways of Hackney for a special fierce panda / Club Fandango / Independent Venue Week show where London-based slackrockpopsters Whistlejacket play a headline show to launch not only their very own âWhat I Ate On Sundayâ EP release, but also the launch of the brand new 'fierce panda: singles '15' compilation album, as per the kindly words below...

The Acts:
WHISTLEJACKET make an excellently chunky noise, alt.rocking all over the world like Sonic Youth jamming with Teenage Fanclub. The London-based quintet release the âWhat I Ate On Sundayâ EP on fierce panda on February 5th, propelled onwards by the dynamic âDuck Soupâ tune which you can download for free at CLASH MUSIC right now. Not only that, but late last year WHISTLEJACKET kicked off their relationship with fierce panda with the release of âStay-Nâ as part of the pandaâs reborn singles âclubâ club which saw the label release 12 ace singles by 12 ace new acts throughout 2015 on download and â yes â beermat. Those 12 beermats are now available to buy as a complete set for Â£17.99 , and the 12 A-sides from the beermats have been collected together on the succinctly-titled âfierce panda: singles â15â compilation album which is available on decidedly non-cardboard digital download for the princely price of Â£3.99 on January 29th. Check the story at www.fiercepanda.co.uk for full wordage terror.
www.facebook.com/whistlejackit

LOVELACE are mysterious newbies who make a cheerily old-fashioned indie rockânâroll noise with some sass and some sleaze heaped on their glam-tastic melodies.

ALPHADUKA are romantic indiepop dreamsters who hark back to a time when Prefab Sprout, Aztec Camera and The Railway Children shone in the racks of Ugly Child record shop in downtown Walthamstow. Think lush, literate loveliness with a big blue guitar and swoon along to âIâll Follow Youâ at
www.soundcloud.com/alphaduka