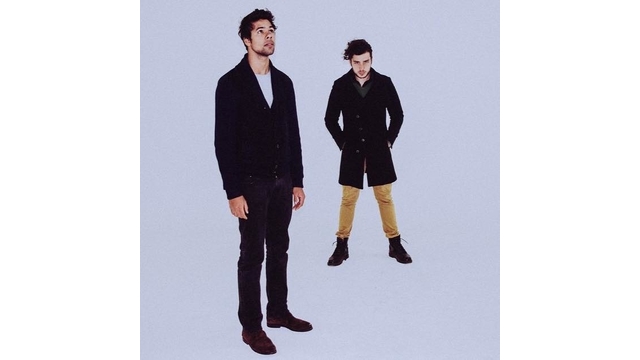 Tweet
The Stick Figures Head Down In The Park!
5th December 2016

On the third thrusting Thursday of December, ie the 15th, the fighting indie triumvirate of fierce panda, Club Fandango and Disorder Promotions are heading back Down In The Park at The Finsbury in Manor House to provide another showcase of shamelessly esoteric leftfield fun.
Baby it's cold outside but on this particular night that esoteric Christmas fun is headed up by the terrific mysterious up-and-comers The Stick Figures, rather like this...

THE STICK FIGURES (onstage 10.00pm) are a kind of jam fabricated by esoteric alpacas while the moon is full. Ingredients include raspberries and cinnamon, but the exact measures are unknown. What we do know is that The Stick Figures are from Brazil via Switzerland and they make languidly intense alt.pop soundscapes with tough funky basslines and jagged guitar, as evinced by current banger 'School Of Hard Knocks' which you can hear at www.facebook.com/thestickfigures

THE CARESS (onstage 9.15pm) are an alternative three piece based in New Cross, South East London, comprising of brothers Tom, Ben and Sam Easton. Their sound is inspired by Phil Spector's Wall of Sound, 60s Girl groups and 80s Indie bands. They have self-produced and self-released two singles in 2016, the first of which, 'Why Don't We Take A Walk By The Sea?', receiving praise from the likes of Steve Lamacq & Gideon Coe at BBC Radio 6 Music. They are currently finalising their third single which will be released in early 2017. www.facebook.com/thecaress

FJOKRA (onstage 8.30pm) Born in Dublin and now based in London, Fjokra and his eponymous band have gained a reputation for exhibiting a uniquely bizarre and energetic lives shows that "combines near-minimalistic, lo-fi electro-pop with retro swing, metal and occasional Muse-like explosions". (Time Out). Season's greetings, everyone! www.facebook.com/fjokra