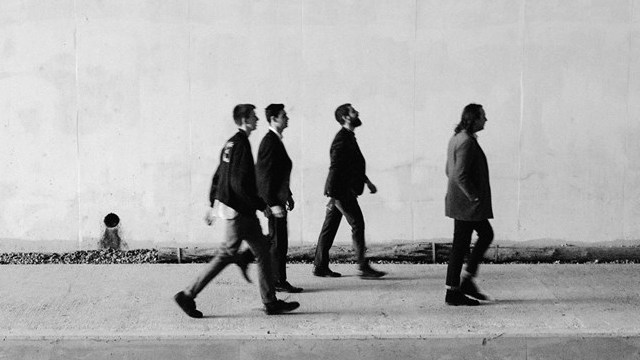 Manchesterâs earnest purveyors of self-proclaimed semi-ironic âdoom popâ, Easy Kill, headline The Lexington in that there London Town on Wednesday July 19th. This special Club Fandango Midsummer hoedown is a launch party for their new âPhantom Painâ single, out on July 7th, and a fine opportunity for Easy Kill to demonstrate their exuberantly morose sound. Sterling downtrodden / upbeat support comes from Giant Party + Ghost Suns - read on for all the celebratory factoidsâ¦

EASY KILL (onstage 10.00pm) are from Manchester and make sorrowfully slow-moving mini-epics with immense skill and panache, as evidenced by sombre new single âPhantom Painâ. Their debut album âMelanscholarâ is coming in September, wherein the narrative arc concerns itself with a character left in limbo betwixt here and the afterlife, much like a ghost lost in the machine. This is how they roll.
www.facebook.com/easykillband

GIANT PARTY (onstage 9.00pm) are from London and have perfected a sound which is living in the â80s but also alive to the thrilling pan-generic possibilities of the modern age, as suggested by their new âAmbulancesâ single. The live show is a smoothly genteel riot of fluorescent lights and fluid, lithe grooves, embodied by a guitarist throwing around a Spandau Ballet fringe and a singer rolling around the stage. Far from any throwback tribute act however, Giant Party behave like an already-excellent alt.rock band whoâve just discovered the silky delights of Top Of The Pops circa 1982.
www.facebook.com/giantpartyband

GHOST SUNS (onstage 8.15pm) are a French boy / girl electropop duo living in North London Town. Theirs is a determinedly DIY live set-up which sonically harks back to the synth-ful halcyon â80s days of ZTT and Mute Records, and their current âWe Are Not Good Peopleâ EP is five tracks of fizzbombing sad-pop fun.
www.facebook.com/ghostsuns