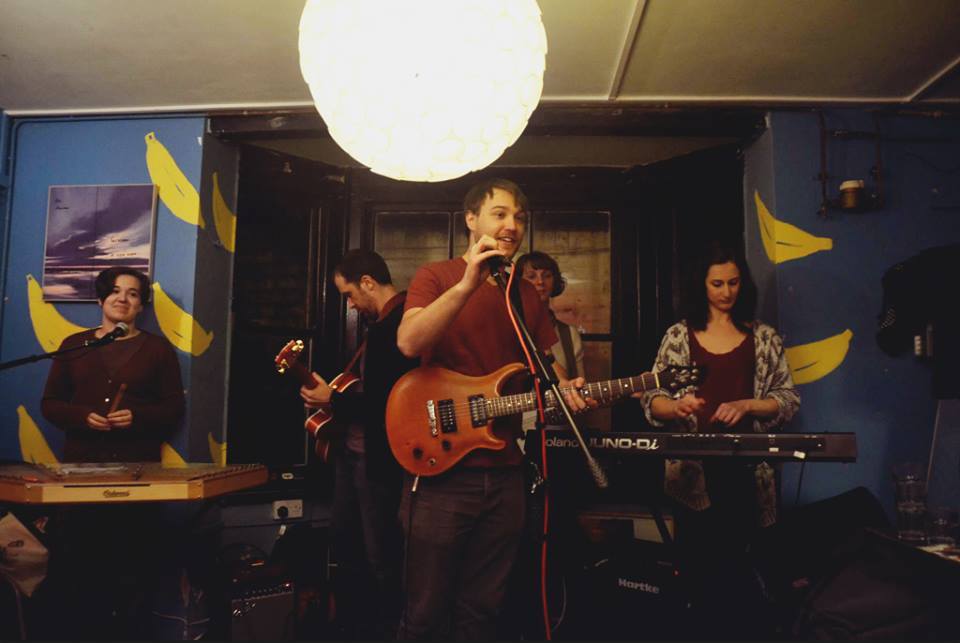 TAPE RUNS OUT possesses an uncanny ability to intertwine folk-pop written songs and envelop them with dreamy melodic soundscapes, creating mesmerising musical ecstasy. Â The five piece band out of Cambridge was formed in 2012 and have been playing throughout England receiving great admiration from fans since their debut release of Covered In Tape
www.facebook.com/taperunsout

THE COSMIC SOMETHING is the first solo project by multi-instrumentalist and songwriter Jemma Freeman. Known previously for her song writing and guitar work with dreamy psych band Landshapes (Bella Union) and new wave art band The Fucks, Jemma has taken these two approaches and tinged them with energetic glam rock. Powerful, lush guitar tones and introspective psychedelic lyrics together with unbounded energy and urgency, their own unique strength and powerful performances pulling together themes of secret worlds, hidden agendas, apathy and anxiety.
www.facebook.com/cosmicsomething